Chocolate is essentially candy, but it's clearly much more than other candies -- not only as a "carrier of love" for valentine's day, but also as a gift of chocolates to convey congratulations, guilt, and gratitude in the west.What's so special about chocolate? 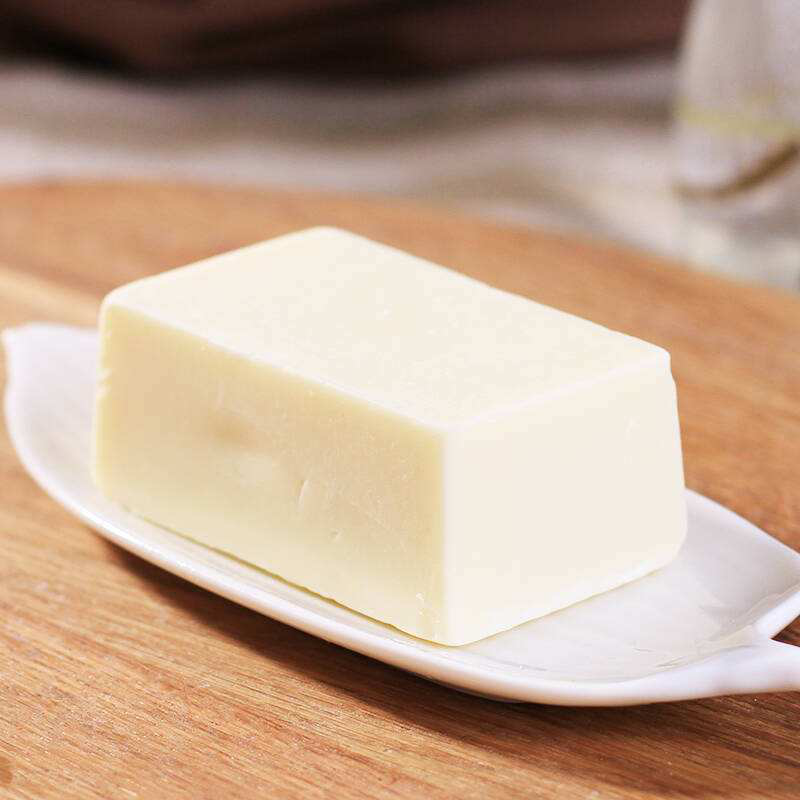 Actually cocoa butter is one of the vegetable oils. Common vegetable oils, such as soybean oil, canola oil, peanut oil, corn oil, etc., are mainly unsaturated fats, but cocoa butter is special, and its saturated fat content is high, usually around 60%. The melting point of oil is mainly determined by the content of saturated fat. Vegetable oil generally has a low melting point and is liquid at room temperature, while animal oil has a high melting point and is solid at normal temperature. Cocoa butter because of the high in saturated fat, nature is close to animal oil, melting point between the 34 ℃ ~ 38 ℃. This allows it to be solid at normal temperature and to melt when it is eaten. Cocoa powder is the cocoa bean residue from which the cocoa butter is extracted, similar to the "bean cake" after the soy oil is extracted. Many of the specific ingredients in cocoa beans, such as the minerals iron, magnesium, manganese, zinc, and various polyphenols, are mostly left in the cocoa powder. Cocoa contains about 60 percent carbohydrates, 20 percent protein and more than 10 percent fat.

As a fat, cocoa butter is the source of chocolate's unique taste. The polyphenols and other micronutrients in cocoa contribute greatly to the flavor of chocolate. Of course, cocoa butter also contains many flavorings, because cocoa powder contains polyphenols, and the typical chocolate is black with a certain bitterness. So, dark chocolate is authentic and has the strongest chocolate flavor, but it's not necessarily the best flavor.

There are more actual types of chocolate than this, and the legal names and requirements vary from country to country. In short, cocoa powder, cocoa butter, milk, sugar and other raw materials of different combinations.

Chocolate depends on the details

The flavor and taste of chocolate are closely related to the composition of ingredients. The texture is mainly determined by the particle size and shape of the raw material.

When viewed with eyes, the ground cocoa powder is already very fine. But the human tongue is so sensitive that tests have shown it can sense "gravel" when particles are more than 50 microns (roughly the diameter of a human hair). What's more, the shape of the crushed cocoa powder is so rugged that it adds to the "bad" taste. During long periods of stirring, the particles collide with each other, not only grinding away the edges and angles, but also being smashed, which greatly improves the taste.

The first grinders were roller-shaped containers filled with rocks. As the drum rotates continuously, the chocolate material is polished by the collision of stones, and the "fine grinding" is more efficient than stirring. In the process of making chocolate, the grinding time is shorter than several hours, and the top chocolate can be as long as dozens or even nearly 100 hours.

With the development of food science, the design of precision mill is more exquisite. It has also been found that the addition of an emulsifier, most commonly lecithin, can greatly improve the grinding efficiency. In this high intensity of fine grinding, cocoa particles can be reduced to about 20 microns and have a rounded appearance that even a sensitive tongue can't feel. The grinding process also produces a lot of heat and melts the cocoa butter. When chocolate ingredients enter the grinding mill they are like dough, the melting of the cocoa butter and the shrinking of the cocoa powder, causing them to come out in a thick liquid. Not only that, but heating and grinding can also make the powder release more aromatic substances, further enhancing the flavor.

Most people have a craving for something.

In fact, women are more likely than men to crave certain foods, especially those high in sugar and fat. One hypothesis is that sugar promotes serotonin release in the brain. Serotonin, also known as serotonin, is known to calm people, reduce impatience, and bring feelings of joy and happiness. But this is a hypothesis without much scientific evidence to support it.

Chocolate is the most popular food. In 1991, researchers Paul Rozin and others at the university of Pennsylvania published a study in the journal Appetite in which they surveyed hundreds of undergraduate students and their parents about food preferences. Considering that chocolate is only one of many foods to be desired, this percentage is quite high. Further analysis found that more than half of chocolate cravings were related to the menstrual cycle: a day or two before and after menstruation was the most chocolate cravings.

There has been some research on why people crave chocolate, but no compelling conclusions. One popular hypothesis is that chocolate contains phenethylamine (PEA). This nerve stimulant can make people more energetic and excited. The release of PEA in the brain is associated with increased breathing and heart rate, sweaty palms and flushed cheeks, which is often referred to as "electric shock" at the sight of a heterosexual. This hypothesis is very popular among chocolate merchants, and chocolate has been endowed with the connotation of "messenger of love".

But this hypothesis is not very reliable. Because when chocolate is eaten, PEA is quickly broken down into phenylacetic acid, and there is little chance of reaching the brain to "discharge" it. Therefore, chocolate makes lovers excited, probably just as diamond makes lovers excited, mainly because of the "connotation" attached to it rather than the substance.

In 1994, researchers in the psychology department of the university of Pennsylvania published a study in Physiology & Behavior that examined the ingredients of chocolate.The researchers, Willa Michener and Paul Rozin, asked a large group of undergraduate volunteers to pick out those who were craving chocolate and gave them six options: milk chocolate; It has the same sweetness, calories and taste as milk chocolate, but no white chocolate. Cocoa capsules containing chocolate specific ingredients; Placebo capsules; White chocolate and cocoa capsules; Eat nothing. When they were craving chocolate, they ate one and described their 'cravings' before, after and 90 minutes later. To describe cravings is to draw a scale on a line that is 100 millimeters long. The far left indicates "just noticed", while the far right indicates "uncontrollable".

Each subject needs to complete all 6 samples at least once to count as a valid sample. In the end, 34 volunteers met the requirements, including 17 who completed each sample twice. The results showed that the cravings were 70, 70 and 58 before, after and 90 minutes after eating nothing. While milk chocolate, 74, 16 and 13 respectively, shows the effect of chocolate. White chocolate, which contains no chocolate specific ingredients, has a score of 70, 33 and 28, respectively. The three cravings of the placebo capsules were 71, 65 and 52, respectively. Interestingly, cocoa capsules containing chocolate specific ingredients but lacking the corresponding sweetness, taste and calories were rated 67, 66 and 51, basically the same as a placebo or nothing. This suggests that the "active ingredient" in chocolate is not the cure, but the sweetness, taste and heat it brings.

Of course, considerable limitations to this experiment.In addition to the limited number of subjects, those who were too greedy were also excluded because they could not complete all the tests -- mainly because they had to complete all the samples at least once to be effective. A really greedy person may not be able to complete the experiment. For example, if he eats an invalid sample, it's hard to keep him from eating anything else for 90 minutes.

In addition, because the specific flavor of chocolate requires cocoa ingredients to be produced, the experiment could not be double-blind. In other words, the subjects were able to guess what they were eating, which could also affect their descriptions of cravings.

Is chocolate good or bad for your health?

In fact, the much-hyped "cardiovascular health benefits" of chocolate is not without reason. Cocoa contains a large number of polyphenol compounds, which have a good antioxidant effect. It is also rich in minerals such as iron, magnesium, manganese and zinc. These substances are really good for health.

There's been a lot of research on the health effects of cocoa or chocolate, but not a lot of quality research. In a meta-analysis published in November 2011 in BMJ, a team led by Oscar H Franco of the university of Cambridge searched the databases of academic journals in various biomedical sciences for studies on the effects of chocolate on symptoms such as cardiovascular, diabetes and metabolic syndrome. As of October 2010, only seven quality studies had been found, none of which were randomized, double-blind, controlled trials, all of which were epidemiological investigations. The seven studies involved more than 114,000 volunteers who were followed for eight to 16 years. Five of them showed that eating chocolate had a positive effect on cardiovascular health. Because the studies used different methods for classifying chocolate consumption, the meta-study compared the incidence of "eating the most chocolate" and "eating the least chocolate". As a result, those who ate the most had 37% less cardiovascular disease and 29% less stroke than those who ate the least. The trouble is that the definition of "most eaten" varies from "more than once a week" to "more than once a day" to "more than five times a week" in different studies.

While these studies are somewhat limited, they may show some potential cardiovascular health benefits from eating chocolate. It's important to note, though, that chocolate here is usually "real chocolate," the kind that contains cocoa powder. Many studies even point directly to the role of "dark chocolate" or "cocoa".

For fashion-conscious women, obesity is a bigger concern than cardiovascular protection."Does chocolate make you fat?" is one of the most popular questions asked by chocolate-loving women. But it's not a specific food that determines whether you gain weight or lose it. It depends on the difference between the total calories consumed and the total calories expended. Eating chocolate, for example, can help you lose weight by cutting back on other foods and cutting out more calories. Eating even a small amount of calories in addition to a normal diet can also help you gain weight. In either case, a bar of 30 grams is about 150 calories. And a small order of McDonald's fries, which is just over 200 calories. So, if you want to think about whether eating chocolate makes you fat, you need to think about: eating chocolate, by eating less food to fill up.

"Real" chocolates, those with a high cocoa content, such as dark chocolate and milk chocolate, tend to be expensive. Their "protective effect" on the heart, however, is related to the amount of cocoa. Their effect, even as BMJ concludes, is similar to the benefits of eating more whole grains. If it's just to "protect your heart and blood vessels," eating chocolate is a "big investment with little return," and a bad deal. And considering the high fat that goes with them, eating vegetables and fruits is definitely more reliable and beneficial.

Most people probably eat chocolate not for health, but for enjoyment. It's true that chocolate can make many people feel good, and if weight isn't a problem and money isn't a problem, buying high-quality chocolate is a good treat. If it's just to satisfy cravings, according to the university of Pennsylvania's research, cheap chocolate can be effective as long as it can fool sensory scrutiny.